Reflecting Reading of the Day: 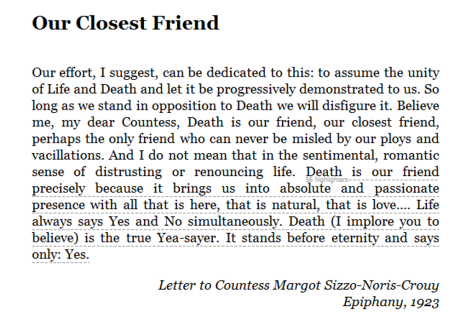 Several colleagues twenty years ago formed a group called Creative Grand Parenting. Not having grand children of my own at the time, I could not understand their joy and energy in wanting to be the best creative grand parent they could be. 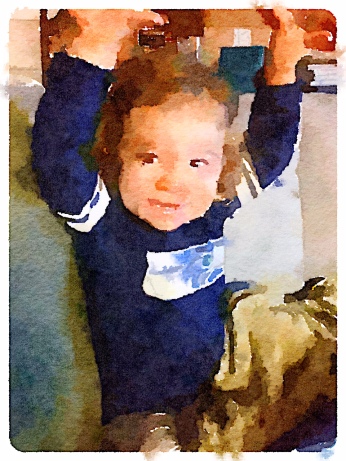 Two years ago, our first grand daughter arrived into the world (Touchdown Alice). Something deep within me changed as I held young Alice for the first time. I could sense the generations I was a part of in simple and complex ways. As I looked deeply at her face I could see my mother, and my wife and my daughter echoed in her profile.

Until that moment I operated as a young immortal (well, OK, an old immortal). I wasn’t particularly worried about death or my legacy or the long bucket list of things I wanted to get done while I was still healthy. Young Alice put all of those thoughts in the forefront of my mind. My time on this earth is finite and I realized that death was my friend.

The words that echo through my mind over these last two years (and celebrated with the arrival of our second grand daughter) is living legacy. What can I do today to live the legacy that was passed to me and that I can pass to the generation in front of me and the generations to come. For me, death and life come together in this meme of living legacy.

These daily reflections are taken from A Year with Rilke. As I embark on publishing Emails to a Young Entrepreneur which was inspired by Rilke’s Letters to a Young Poet, I look forward to a daily meditation on other selections from Rilke’s poetry and writings.

This entry was posted in Emails to a Young Entrepreneur, Reflecting. Bookmark the permalink.