Russ Ackoff – The Aesthetics of Work 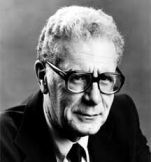 While working with Russ Ackoff, he noticed that the company that we were working with at the time – Digital Equipment Corporation (DEC) – seemed to be stuck in OK performance, but not exciting performance.  He pointed me to one of his unpublished essays on the aesthetics of work that later became published in his book Management in Small Doses.  While we were not able to change all of DEC, we took these ideals to heart to improve the performance of our own group.

From Management in Small Doses:

“Ancient Greek philosophers identified three ideals—truth, the good, and beauty—the pursuit of which they belived was necessary for progress and development.  Modern man has added a fourth—plenty or abundance.

“These pursuits are relevant to management.  Management science, business ethics and morality, and managerial economics are subjects that are familiar to managers.  But what about the aesthetics of work or management?  What in the world does that mean?  It is not surprising that the answer to this question is not apparent because the aesthetician has been the “odd man out” for a very long time.

“Although most people believe that we have made a great deal of scientific and economic progress and some believe that at least some ethical and moral progress has been made, few believe that there has been any aesthetic progress.  We seem neither to produce more beauty nor to appreciate beauty more than preceding generations.

“Aesthetics is the least understood aspect of progress and development.  Little wonder, then, that most managers have no idea of its relevance to their work and that of others.

“Aesthetics is related to two things: recreation and creation.  Recreation is activity that refreshes one’s mind and body, activity from which immediate satisfaction is derived, regardless of its outcome or consequences.  It is intrinsically valuable; this means that its value lies in the fun and enjoyment we get out of it.  To the extent that managing is fun and enjoyable, it has aesthetic value.

“The creative aspect of aesthetics is reflected in the sense one can have of getting somewhere, of developing.  It is this sense of progress that endows human activity with extrinisic value and makes it meaningful.  Beauty inspires, produces visions of possible progress, and encourages the pusuit of these visions, whatever short-run sacrifices are required.  Therefore, it motivates us to pursue development, to pursue progress.  Recreation provides refreshing pauses in the pursuit of progress and makes the pursuit itself a satisfaction.

“A few years ago the CEO of a very successful corporation asked me to look around his organization for any serious problems that were being overlooked.  I spent several months traveling on reconnaissance.  When I reported back to the CEO I told him there was one overriding problem that required attention:  many of the company’s employees, especially its managers, were not enjoying their work, thought it was unimportant, and had little sense of personal progress.  As a result, their efficiency and effectiveness were deteriorating.  The company was aesthetically deficient.

“After some discussion of what might be done about it the CEO authorized an effort to improve the aesthetics of work.  A participatively designed quality-of-work-life program for all employees was initiated and eventually succeeded.

“Work that is neither fun nor meaningful is not worth doing well, no matter how much one is paid to do it.”

This entry was posted in Content with Context, Russ Ackoff, User Experience, WUKID. Bookmark the permalink.

5 Responses to Russ Ackoff – The Aesthetics of Work