Enemies of a Man of Knowledge

Often when I start a seminar or class, I start with Carlos Casteneda’s description of the four enemies for those of us who are life long learners.  This quote is a nice companion piece to the discussion of WUKID (wisdom, understanding, knowledge, information, data).

“When a man starts to learn, he is never clear about his objectives.  His purpose is faulty; his intent is vague.  He hopes for rewards that will never materialize for he knows nothing of the hardships of learning.

“He slowly begins to learn – bit by bit at first, then in big chunks.  And his thoughts soon clash.  What he learns is never what he pictured, or imagined, and so he begins to 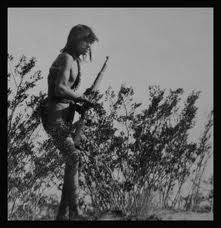 be afraid.  Learning is never what one expects.  Every step of learning is a new task, and the fear the man is experiencing begins to mount mercilessly, unyieldingly.  His purpose becomes a battlefield.

“And thus he has stumbled upon the first of his natural enemies:  Fear!

“And thus he has encountered his second enemy:  Clarity!  That clarity of mind, which is so hard to obtain dispels fear, but also blinds.

“But he has also come across his third enemy: Power!  Power is the strongest of all enemies.  And naturally the easiest thing to do is to give in; after all, the man is truly invincible.  He commands; he begins by taking calculated risks, and ends in making rules, because he is a master.

“The man will be, by then, at the end of his journey of learning, and almost without warning he will come upon the last of his enemies: Old Age!  This enemy is the cruelest of all, the one he won’t be able to defeat completely, but only fight away.”

So much of the role of a mentor, teacher or coach, is helping the student get past at least the first of the natural enemies – fear.  Creating a safe place to both experiment and challenge the student is critical to place them on the road to clarity.

This entry was posted in Quotes, University, WUKID. Bookmark the permalink.

1 Response to Enemies of a Man of Knowledge