In this silly season of presidential politics and having to listen to the nightly shenanigans of both parties about how important jobs are with the cynical me knowing that none of them have a clue how to improve the job situation, a couple of insightful books have shown up.

Jim Clifton wrote a thought provoking book on The Coming Jobs War.  Mr. Clifton is the Chairman and CEO of the Gallup Organization which is uniquely situated with its polls to understand the key trends throughout the world.  In the introduction to his book, Clifton writes:

“The coming world war is an all-out global war for good jobs. As of 2008, the war for good jobs has trumped all other leadership activities because it’s been the cause and the effect of everything else that countries have experienced. This will become even more real in the future as global competition intensifies. If countries fail at creating jobs, their societies will fall apart. Countries, and more specifically cities, will experience suffering, instability, chaos, and eventually revolution. This is the new world that leaders will confront. If you were to ask me, from all the world polling Gallup has done for more than 75 years, what would fix the world — what would suddenly create worldwide peace, global wellbeing, and the next extraordinary advancements in human development, I would say the immediate appearance of 1.8 billion jobs — formal jobs. Nothing would change the current state of humankind more.

“A good job is a job with a paycheck from an employer and steady work that averages 30+ hours per week. Global labor economists refer to these as formal jobs. Sometimes leaders and economists blur the line between good jobs (formal jobs) and informal jobs. Informal jobs are jobs with no paycheck, no steady work. They’re found in, but not limited to, developing countries and include basic survival activities such as trading a chicken for coal. These jobs do create subsistence and survival, but not real economic energy. They are held by people who are not only miserable but, according to Gallup, suffering their way through life with no hope for a formal job — no hope for a good job.

“Of the 7 billion people on Earth, there are 5 billion adults aged 15 and older. Of these 5 billion, 3 billion tell Gallup they work or want to work. Most of these people need a full-time formal job. The problem is that there are currently only 1.2 billion full-time, formal jobs in the world. This is a potentially devastating global shortfall of about 1.8 billion good jobs. It means that global unemployment for those seeking a formal good job with a paycheck and 30+ hours of steady work approaches a staggering 50%, with another 10% wanting part-time work.

“This also means that potential societal stress and instability lies within 1.8 billion — nearly a quarter of the world’s population.”

Andrew McAfee (Enterprise 2.0) and Erik Brynjolfsson wrote the book Race Against the

Machine:  How the Digital Revolution is Accelerating Innovation, Driving Productivity, and Irreversibly Transforming Employment and the Economy.  They recently released an MIT Sloan Management Review article “Winning the Race with Ever-Smarter Machines” which nicely summarizes the key points in their book.

related to Moore’s Law. It comes from an ancient story about math made relevant to the present age by the innovator and futurist Ray Kurzweil. In one version of the story, the inventor of the game of chess shows his creation to his country’s ruler. The emperor is so delighted by the game that he allows the inventor to name his own reward. The clever man asks for a quantity of rice to be determined as follows: one grain of rice is placed on the first square of the chessboard, two grains on the second, four on the third, and so on, with each square receiving twice as many grains as the previous.

“The emperor agrees, thinking that this reward was too small. He eventually sees, however, that the constant doubling results in tremendously large numbers. The inventor winds up with 2 to the 64th power grains of rice, or a pile bigger than Mount Everest. In some versions of the story the emperor is so displeased at being outsmarted that he beheads the inventor.

“In his 2000 book The Age of Spiritual Machines: When Computers Exceed Human Intelligence, Kurzweil notes that the pile of rice is not that exceptional on the first half of the chessboard:

“After thirty-two squares, the emperor had given the inventor about 4 billion grains of rice. That’s a reasonable quantity—about one large field’s worth—and the emperor did start to take notice.

“But the emperor could still remain an emperor. And the inventor could still retain his head. It was as they headed into the second half of the chessboard that at least one of them got into trouble.

“Kurzweil’s point is that constant doubling, reflecting exponential growth, is deceptive because it is initially unremarkable. Exponential increases initially look a lot like standard linear ones, but they’re not. As time goes by—as we move into the second half of the chessboard—exponential growth confounds our intuition and expectations. It accelerates far past linear growth, yielding Everest-sized piles of rice and computers that can accomplish previously impossible tasks.

“So where are we in the history of business use of computers? Are we in the second half of the chessboard yet? This is an impossible question to answer precisely, of course, but a reasonable estimate yields an intriguing conclusion. The U.S. Bureau of Economic Analysis added “Information Technology” as a category of business investment in 1958, so let’s use that as our starting year. And let’s take the standard 18 months as the Moore’s Law doubling period. Thirty-two doublings then take us to 2006 and to the second half of the chessboard. Advances like the Google autonomous car, Watson the Jeopardy! champion supercomputer, and high-quality instantaneous machine translation, then, can be seen as the first examples of the kinds of digital innovations we’ll see as we move further into the second half—into the phase where exponential growth yields jaw-dropping results.”

McAfee and Brynjolfsson go on to demonstrate through their research that the current job crisis that we have is the result of being on the second half of the chessboard.  Even though the economy has improved, due to the exponential doubling of technological capability we are seeing great leaps in many areas of business.  One example is the ability of IBM’s Watson to beat world class chess players.  However, the authors point out there is a surprising twist:

“The action moved to “freestyle” competitions, allowing any combination of people and machines. The overall winner in a recent freestyle tournament had neither the best human players nor the most powerful computers. As Kasparov writes, it instead consisted of

“a pair of amateur American chess players using three computers at the same time. Their skill at manipulating and “coaching” their computers to look very deeply into positions effectively counteracted the superior chess understanding of their grandmaster opponents and the greater computational power of other participants. … Weak human + machine + better process was superior to a strong computer alone and, more remarkably, superior to a strong human + machine + inferior process.

“This pattern is true not only in chess but throughout the economy. In medicine, law, finance, retailing, manufacturing, and even scientific discovery, the key to winning the race is not to compete against machines but to compete with machines.”

The object lesson is then to blend the best of the machine and the human.  This is the 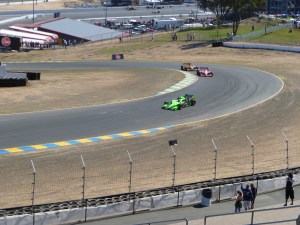 Indy Cars demonstrate man competing WITH machine, not against the machine

approach that we took with Attenex Patterns using a visual analytics approach to electronic discovery in litigation.  With this kind of blended man-machine software, we were able to get from 10-100 times improvement in productivity in reviewing terabytes of electronic emails and documents.

The unfortunate impact of being on the second half of the chessboard is a reduction in jobs for those of low and medium skills at a time when as Clifton points out we need 1.8 billion NEW good jobs.

Where are these jobs to come from.  McAfee and Brynjolfsson offer some hope in how we can use Schumpeter‘s notion of creative destruction once again.  With the explosion of apps in Apple’s, Google’s and Amazon’s App Stores, Threadless allowing the custom design of TShirts, Kickstarter funding new development, and Heartland Robotics providing cheap robots for manufacturing we are seeing many new businesses and lots of new jobs created out of the opportunity that the creative destruction brings:

“Collectively, these new businesses directly create millions of new jobs. Some of them also create platforms for thousands of other entrepreneurs. None of them may ever create billion-dollar businesses themselves, but collectively they can do more to create jobs and wealth than even the most successful single venture.”

The nice result of this kind of thinking is that progress in creating jobs is relatively rapid as opposed to relying on the long term effects of education and retraining.  The authors go on to describe the problems of the educational system:

“Unfortunately, our educational progress has stalled and, as discussed in Chapter 3, this is reflected in stagnating wages and fewer jobs. The median worker is not keeping up with cutting-edge technologies. Although the United States once led the world in the education of its citizens, it has fallen from first to tenth in the share of citizens who are college graduates. The high costs and low performance of the American educational system are classic symptoms of low productivity in this sector. Despite the importance of productivity to overall living standards, and the disproportionate importance of education to productivity, there is far too little systematic work done to measure, let alone improve, the productivity of education itself.

“It’s not a coincidence that the educational sector also lags as an adopter of information technologies. Basic instructional methods, involving a teacher lecturing to rows of 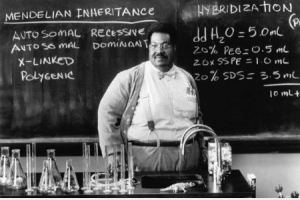 passive students, have changed little in centuries. As the old joke goes, it’s a system for transmitting information from the notes of the lecturer to the notes of the student without going through the brain of either.”

Yet there are bright spots like the Khan Academy and novel uses of their approach:

“An increasingly common approach uses the Khan Academy’s tools to flip the traditional classroom model on its head, letting students watch the video lectures at home at their own pace and then having them do the “home work” exercises in class while a teacher circulates among them, helping each student individually with specific difficulties rather than providing a one-size-fits-all lecture to all the students simultaneously. . . “

“In particular, softer skills like leadership, team building, and creativity will be increasingly important. They are the areas least likely to be automated and most in demand in a dynamic, entrepreneurial economy. Conversely, college graduates who seek the traditional type of job, where someone else tells them what to do each day, will find themselves increasingly in competition with machines, which excel at following detailed instructions.”

So where do the insights of this collection of authors leave us?  I think the important lesson for me is that the focus for innovation in the next twenty years should go beyond just commercializing technology to understanding how to generate “good jobs” in addition to creating the new technologies.  Let the “good job innovators” begin now.